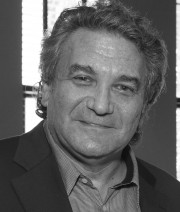 Grace Century has updated their insights for the banking, real estate, commodity, and financial sectors for the coming year, having made astonishingly accurate market predictions for previous years. They are predicting positive market movements for banking and currency exchange, with shake-ups predicted in the stock and equity markets linked continued softness in oil prices

Ras Al Khaimah, United Arab Emirates, August 27, 2015 (Newswire.com) - ​​​​​Grace Century, an international Research and Private Equity Company based out of Ras Al Khaimah, U.A.E., routinely updates its annual predications, as it relates to global assets, financial environments, and markets, prior to the end  of the current year. Grace Century enjoyed extremely accurate predictions last year, especially in exchange rates and oil, however joined the many who incorrectly predicted higher interest rates. The full report is available in detail to their members, but a brief overview includes:

"As lower-priced oil filters through the economy, we could see an incredible argument for much higher equity prices. This is of course after the shake out. Bottom line is to "keep your powder dry".

It has become apparent that the U.S. has been one of the only economies that showed stability and moderate growth in 2015. As stated before, continuous improvement in employment numbers, as well as the benefit of lower energy prices, has supported what lower rates could not.  Simultaneously, Asia has slowed and Europe, with exception of Greece has stabilized. Grace Century was correct in their assessment that Europe would not stay in a soft mode , while the general censuses did. They are bullish on Europe, as well as the United States.

As stated for 2 years, Grace Century is reaffirming their favorable view in banking. With the preferential disparity between borrowing rates and the cost of capital, they are predicting the continuation of an improving sector. The improving balance sheets as well as the exit of governmental holdings enacted during the financial crisis of 2008 will benefit the banks. As stated late in 2014, the U.S. banks should be stronger as rates should rise here first.

Despite lower interest rates in 2014, there was an overall strengthening of the U.S. Dollar. Scott Wolf, Director of Research for Grace, says “We correctly predicted a move in Euro /Dollar to $1.10-$1.15, with the outside chance of the Euro reaching parity. The Euro reached $1.06, and then bounced as the trade became crowded. We were able to scale down, buying Euros, from $1.15, with our best buy at $1.06. We recently exited in its entirety, at $1.153". Grace Century expects a move back to $1.02, were they will recommend Euros again.

The market “ground” sideways for much of the year, however in recent weeks it has seen the start of the correction sell off. However, the much-voiced “excuses” of China, lower oil prices, and higher rates are not, according to Scott Wolf, the driving factors. “This is all nonsense” he commented, adding “I expect a real shake out of another 10% to 1750 basis the S&P. That should be bought at that level. There will be some real bargains at that level”.

Grace Century predicts a variable market reaction in this sector, partially influenced by location. They state there are danger signs using traditional indicators in the U.S., which are however offset by the lack of inventory and the availability of credit for entry level buyers. They have also predicted the market will be effectively a hunt for availability for those using cash, like foreign buyers and empty-nesters. Location-wise, they predict that UAE will remain strong.

For two years Grace Century have predicted higher rates, however the 10-year note stayed between 2-3% and they are sticking to their long standing predictions of normalization, believing the FED will raise this year regardless of stock market action, targeting 3-4% in 2016.

Grace Century maintains it’s neutral to bearish stance on precious metals. The price was correctly predicted with both gold and silver dropping in 2015. With the weakening oil prices, lack of inflation and strong dollar the company does not see any reason to own metals. As it relates to oil, Grace Century correctly forecasted a possible $40 target and is predicting potential future declines. As they stated in late 2014, “We can even make a case for $20 Oil” and have based their predictions on the still-slowing global demand for oil. They state that this all points to lower oil and lower Gold, Silver, Copper, and commodities in general. As Grace Century has intimated previously, each $10 move lower has a profound effect on GDP in the United States. It is estimated that for this incremental decline, an additional .25% is added to the yearly GDP. Wolf comments “The end result is that as the lower-priced oil filters through the economy, we could see an incredible argument for much higher equity prices. This is of course after the shake out. Bottom line is to keep your powder dry”.

Concluding, Scott Wolf stresses ’these are our opinions and we recognize that some are contrary to market’s opinion.”